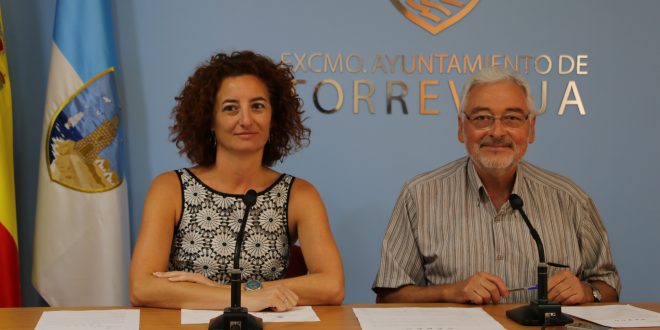 Torrevieja town hall held a press conference this week in which they called on the support of the media to remind business owners of the restrictions on opening hours.

Both the mayor, José Manuel Dolón, and councillor for activities, Fanny Serrano, chaired the event, in order to “warn, inform and advise business owners, and users thereof, of the rules and scheduled compliance”, according to Dolón.

Serrano stated that, “there is a lot of confusion with opening and closing times, something that is incomprehensible because everything is specified in the Law”.

Although the opening hours are determined by the regional legislation, the local authority can, and did, issue a decree signed by the mayor in May, allowing a change for the summer period between June 17th and September 25th, for Fridays, Saturdays and public holidays.

The amendment only affects establishments within the Group B framework, which are the likes of theatre cafés concerts, entertainment cafés, pubs and karaoke rooms, and special exhibition, who can now remain open an extra 30 minutes, but must close by 4 in the morning. For those in Group J, which are venues such as internet cafés, restaurants, coffee bars and cafés, they can remain open an hour later, but must close before 0230 in the morning. Finally, those in Group L, banquet halls, must now close by 4 in the morning, also an extension of 30 minutes.

There are other restrictions that may affect individual venues however, and this can be checked with the town hall.

The mayor also pointed out that at closing time, it is important that the closing of the premises is done “diligently”, and “without taking more time”, and all music and lights must be stopped.

The group also wish to remind business owners that failure to comply with the times will result in an administrative offence being recorded, imposing appropriate sanctions. In addition, compliance with the ordinance protecting against noise pollution is also vital. Serrano reminded owners of the need to “keep the double doors closed” to fulfil the function for which they are installed so that nobody can hear the noise or music on the street or terrace outside.