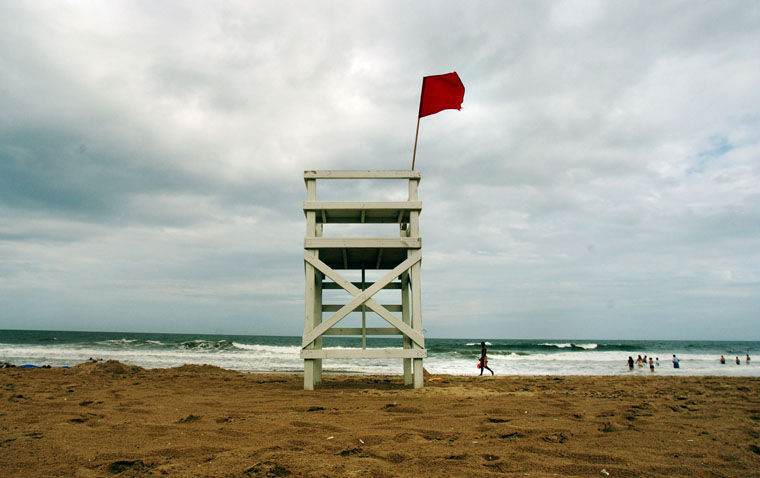 Torrevieja’s councillor for beaches, Javier Manzanares, issued an appeal last week to all users of Torrevieja’s beaches asking them to respect the beach safety and warning flags that are used extensively throughout the province.

Following more than twenty rescues on the La Mata beach, all taking place in conditions warranting the flying of the red flag, he asked that beachgoers should use their common sense and be aware that they are putting both their lives at risk and the lives of lifeguards at risk.

He explained that the colours of the flags refer to the conditions of water, green indicating that the conditions are calm and it is safe to swim. Yellow is rarely used on the Costa Blanca but it nevertheless indicates that bathing is allowed but there are some restrictions, possibly caused by floating debris or pollution, at which times bathers should only bath if we they can touch the bottom and always with the head out the water.

Finally the red flag, which is the main cause of concern. This indicates that bathing is completely prohibited. It is used when bathing can put people’s lives at risk.

He also reminded individuals that the beaches are regularly patrolled by Policia Local who are able to administer on the spot denuncia’s and fines on anyone disregarding the warning flags. The current fine for bathers ignoring a red flag could be as high as 1500 euros which he said that they will not hesitate to invoke.