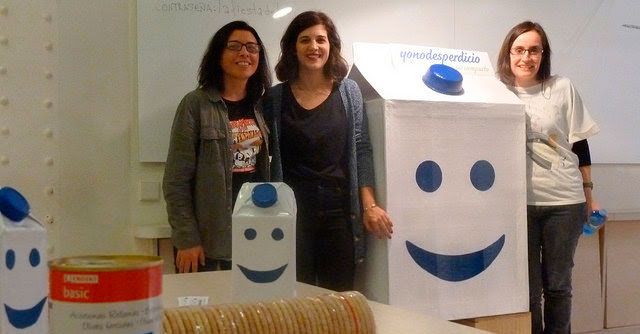 A recently launched food-sharing app has been launched in Spain allowing people to exchange or to get hold of food at no cost. With approximately 8 million tons of food wasted in Spain every year the country is the seventh highest food waster in the EU, 42% of which is from people’s households,

The Yo No Desperdicio [I Don’t Waste] website and mobile app seek to present an alternative to this massive problem.

There are currently 420 registered users on the platforms from 35 Spanish provinces, and spokeswoman Mari Cruz Martín says “the number of users just keeps growing.”

The application aims “to make us rethink our role as consumers, with the goal of reducing food waste at home,” she continued.

The platform offers a very simple food-sharing method. Users log into the website or app and post an ad describing the food they want to offer, complete with the item’s name, picture capturing its current state, portion, location and an expiration date. Both parties then arrange for the free delivery of the products. “If you keep food from being thrown away, we all win,” said Cruz Martín