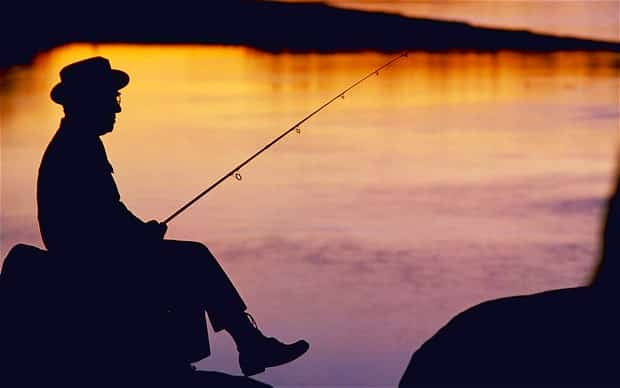 He approached the peg and asked for my fishing licence, this was handed to him. He looked at it, then asked for the permit. giving that to him, he looked at it and asked “when did you get this?” I told him that the attendent had been may-be ten / fifteen minutes ago. To which he replied ” This is no good, Who gave it to you?” I told him that the fishing attendent had given it to me. He then said “Are you sure it was the correct person?” I replied, ” It’s the guy who comes every week, so I’m sure that it was the correct person.” He then told me again; that the permit was no good. I asked “Why” he then went on to tell me that the permit must contain the N.I.E. number of the owner and my name should be on it. And that I must have it before I started to fish.He spoke good English so there can not be any misunderstanding from my part. I told him that the attendant was not allways there when we arrive, so start fishing, and that he comes round later to collect his money. He then went on to tell me in no uncertain terms, Because we were fishing before the permit was issured, we were in fact fishing without a permit, and that was an offence, I replied that because the attendant had not completed his permit correctly, had he should be the one to be told, and asked if he was going to be. He then told me, that he’s not going to do that, it sould be me who has got to do that. He then said, “that should I go to buy a washing machine, I would have to have those details on the reciept. to which I agreed to.  However, I said that I was fishing, not buying a washing machine

He then pulls out a folder from the box on the bike and starts to write out a denuncia, asking my name and address, and N.I.E. number, and passport, which thankfully I had in the car. this was given to him. He then tells me that I must report to the office in Alicante on Monday morning, along with the document and permit. And then told me, that should I decide to ignor his instruction, that they would come to me. He said if I go Monday, there would be no fine or anything like that. but if I don’t, there would be. he then wrote the address of the office on the back of the denuncia form ‘ CHURRUCA ST> Number 29’

Monday morning comes, and I pick up Mr Brian Egan, who is going to act as my interpreter. (he was due to drive into France the same day, but pushed it back a day to help me. So I thank him for that) off we went to Alicante. I had put the address in the satnav and we soon found the street. but then have to drive around untill we found a place to park. We eventually get into a underground car park, then have to walk for 20 minutes or so back to the street. Going into the building number 29, was told by the receptionist (in the most nastist of ways) that we were at the wrong address, and produced from under the counter a pre-printed little form with the correct address. (So the officer had given me the wrong address,) It was obvious that there had been a number of people who had been told to go there, and she was fed up of having to direct them to the correct place, which was  ‘ MANUEL SALA No 2’ So she gave me the slip of paper and told “down there” pointing down the street.

We eventually found the building, and waited at the desk for someone to come to us, gave him the denuncia and explained as to why we were there. He scratched his head, then chin. he didn’t know what to do, as he had not seen anything like it before. but directed us to an office upstairs in the building, saying that they may be able to help. So up we went to the third floor. To the office of the D.O.E. (Department Of Environment). It turned out that the fellow we needed to see, was not in the office at that moment, that he would be back in a hour (the time now, was 11-00 am) So we spent the next hour in a cafe over the road. 12 o’clock came, and we all filed back into the office. (at this time another two people had joined us, who also had ben issured with a denuncia on the same morning at the same venue. And as they could not speak Spainish either, asked to join us in our quest.)

There we met a Mr Luis Felipe Jorcano (who just happens to be the top man of the D.O.E.) Taking the paperwork from all three of us, He eventually came to the conclusion that, although the officer was correct in law, he could have shown a little more understanding of the situation. He then proceeded to copy all three documents, took telephone numbers from us and said “he will deal with it when the officers copies get to him, and then put them in a draw and forget it, and thats what we were to do.”

So a warning to all fishermen/women. If you go to El Bosquet. Make sure that the permit is correct, or you will spend a morning in Alicante, to be told to forget it.