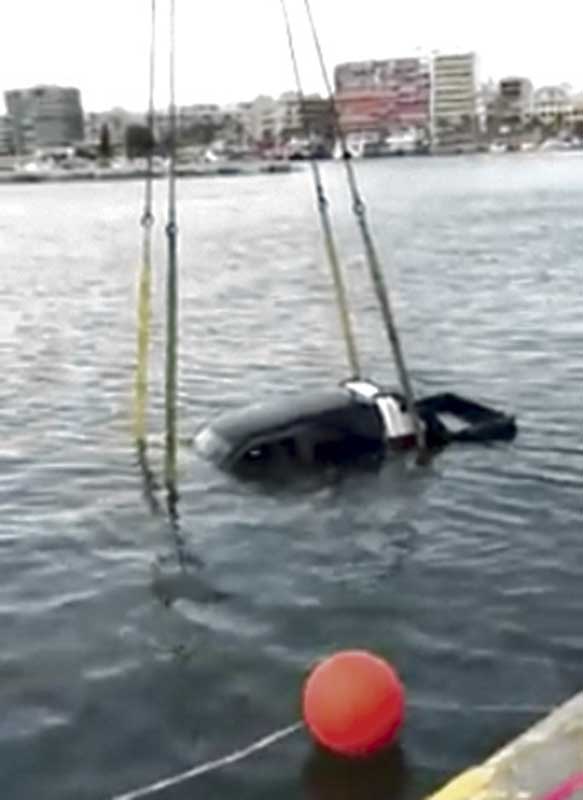 It would appear that it´s not only humans who want to take a dip in the sea to cool down, as a pickup truck decided to go for a swim in Santa Pola this week.

The driver had parked the vehicle and left it near to the port, but witnesses saw the truck slowly start to roll towards the sea, gradually picking up speed, to which many of them speculated that the driver had forgot to put the handbrake on.

The truck plunged into the water at the port and had to be rescued by a crane with the help of a diver. Nobody was injured in the incident, although the vehicle might not be drivable again, a stark lesson to ensure that the handbrake is indeed properly applied.