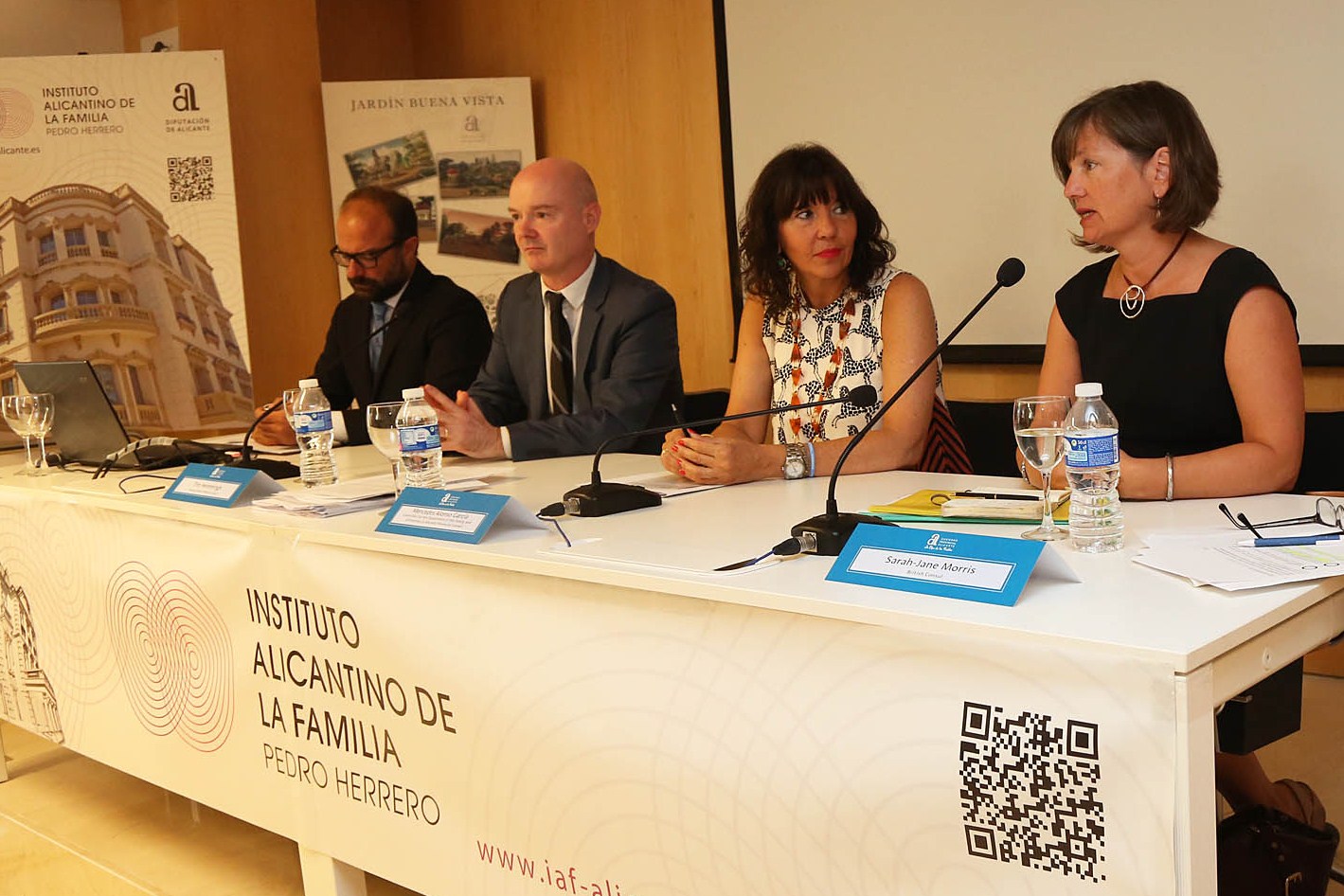 In a meeting last Tuesday, local British residents had the chance to put their concerns about the outcome of the recent EU referendum to the Deputy Ambassador, Tim Hemmings, and Consul for Alicante, Sarah-Jane Morris. The British Embassy representatives promised to keep them up to date with developments concerning the UK’s exit from the European Union.

The meeting discussed the practical implications of the referendum outcome, and was hosted by the provincial government of Alicante. Local government officials, hoteliers and legal specialists spoke to the recently appointed Mr Hemmings about the key issues facing British nationals in Spain after the EU membership referendum. The meeting also heard the views of representatives from local English speaking associations.

Tim Hemmings reassured British residents that they would “not experience any immediate changes in their circumstances”. Recognising the high number of Brits living in the Valencia region, he explained that the rights of both British and Spanish citizens to live, work and study in each other’s countries had not changed, and the UK would remain a full member of the EU until exit negotiations were completed.

The Deputy Ambassador emphasised the strong trade and investment links between the UK and Spain, and said that the UK’s relationship with Spain would remain close after the UK’s exit from the EU.

With the subject of healthcare very much on the Brexit agenda, on the previous day the Quirónsalud hospital Torrevieja held a meeting with the British residents of the region in order to report on the possible consequences in legal and health matters that leaving the EU may present.

Ensuring the correct coverage of medical services is the key to alleviate the potential consequences of Brexit, according to international experts group Quirónsalud, but as with the Embassy staff on the following day they too were careful to explain that the negotiating process is yet to begin so anything being suggested or advised at this stage is based purely on the opinion of the individuals and the agencies concerned.

What is worth noting, however, is that UK citizens must be in possession of the green Residency Certificate because, when it comes to anything connected with acquired or vested rights, they will, most certainly, be based on residency.

Local commentator Darren James, who attended the Tuesday conference, said on his Facebook page that “it was very reassuring to hear from many Spanish mouths that are 100% in supporting the British plight. If the attitude is the same at the top of the political chain, then UK residents are in safe hands with our Spanish masters.”

Interestingly the British Referendum seems also to have sparked calls in many other EU nations for a referendum of their own as rising disenchantment with the dealings of EU bigwigs is not just confined to the UK so in the not too distant future we could also be seeing Czexit, Pexit, Frexit, Itexit, and Nexit as France, Poland, Hungary, the Czech Republic, Austria, Italy and the Netherlands consider turning their back on the 28-nation bloc.

But a last word for Austria’s finance minister Hans Joerg Schelling, who, in an interview published on Tuesday said that Britain will not quit the European Union despite voting to do so in the referendum,

“In five years there will still be 28 member states,” Schelling told German business daily Handelsblatt. European leaders were urgently discussing “all possibilities” — from Britain remaining in the EU to sealing “a free trade agreement on the Swiss or Norwegian model”, the former businessman said.

In the meantime, however, more information on what the EU referendum means for British nationals travelling and living in Europe is available on the UK government website at