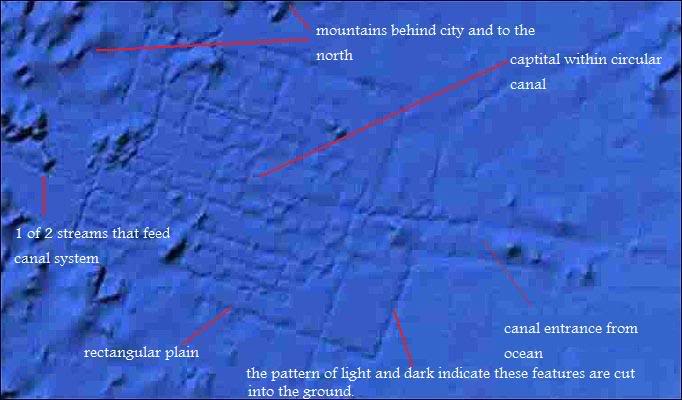 I am not a great lover of conspiracy theories; I do not believe that Princess Diana was murdered by MI6, nor do I believe that the Moon landing was an elaborate US hoax filmed in Neil Armstrong’s back garden. However, I am intrigued by the story of Atlantis, and the links with the Canary Islands that pop up from time to time. This intrigue was fed even more a few days ago following a meeting with a group of divers who were visiting the islands…

Over the years, the tantalising story of the lost city of Atlantis is thought to have been Bermuda, the Azores, Gibraltar, the Bahamas, whilst the Russians claimed to have found it 100 miles off the coast of Cornwall. Boring cynics claim that it only existed in the mind of that wise old bird, Plato, who 2600 years ago was merely giving an example, rather than referring to a literal place on the map. Indeed, somewhere near Greece would seem to be the most likely place of all.

Atlantis was considered to be a major sea power located in the Atlantic Ocean. Its kings were descended from Poseidon, the god of the sea, but their divinity became diluted after mixing with humans. The island conquered much of Africa and Western Europe and by 9600BC had put paid to most of its enemies. Plato describes the island in some detail, with mountains to the north and a plain to the south.

Over the years, scholars have attempted to locate the real Atlantis, believing that it represented some form of ancient superpower, with others claiming that that the destruction of Atlantis was inspired by the Black Sea floods of around 5000BC, which might have also inspired the stories of the major flood in the Old Testament.

Plato claimed that Atlantis disappeared “in a single day and night, disappearing in the depths of the sea”, after it failed to successfully invade Athens. Tsunamis were recorded in the region, with one massive event hitting Lisbon with a 10-storey tidal wave in 1755. Plato referred to Atlantis in his writings as an island in front of the straits known as ‘the pillars of Hercules’; it is likely that these pillars were the Straits of Gibraltar. Plato’s detailed description has focussed the search on the Atlantic and Mediterranean as the most likely sites for the city.

It is currently claimed that Atlantis is submerged under mud flats somewhere off the coast of Spain, just off Cadiz to be more exact, according to some scientists. The exact location has been pinpointed with the assistance of digital mapping, radar and underwater technology, using a satellite photo of a suspected submerged city to locate the site. Interestingly, US scientists claim that the residents who survived the destructive tsunami fled and eventually created new cities inland; these cities have been located in marshland and it is evidence from these sites that is being used in the current underwater surveys.

One event that continues to fascinate me is an account of a discovery that appeared online very briefly some months ago. Grid-like lines that resembled city streets were spotted on Google Earth, just off the Canary Islands. Google quickly dismissed the suggestions, claiming that the lines were left by a boat that was collecting data for them. However, this event excited many researchers and the Google explanation was dismissed with some cynicism by some experts. Interestingly, all accounts of this discovery were quickly removed from the Internet, with those in the know claiming no knowledge of the discovery. Indeed, the divers that I have been talking to are investigating these claims more thoroughly. Maybe, just maybe, a conspiracy theory is evolving here…

There are many who continue to claim that Atlantis sank into the Atlantic Ocean, leaving its highest mountains as islands calling from the sea. These islands are, of course, the Canary Islands and that the native people of these islands, the Guanches, were descendants of the people of Atlantis. Whether Atlantis is ever found, if indeed it ever existed, the story of the rise and fall of this great power, is certainly a fascinating and inspirational one, which will continue to be linked with the Canary Islands for many years to come.