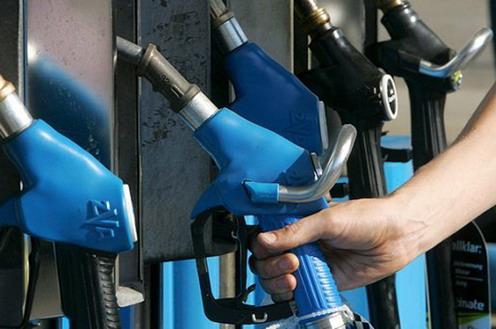 The Consumer Price Index (CPI) fell by 0.8% year-on-year in June, a drop of two tenths less than in May, according to figures published by the National Statistics Institute (Spanish acronym: INE). This rate coincides with the advance figure published by the INE at the end of last month.

The lower year-on-year drop in the CPI is due to the easing of the downward trend in energy prices and, in particular, of motor and heating fuels and electricity prices. In terms of the month-on-month rate, the general CPI increased by 0.5% in June, two tenths more than in the same month last year.

Energy product prices fell in June by 11.7% year-on-year, 2.3 percentage points less than at the end of May (-14%). The slower rate of decline was due to both electricity prices (falling by almost three points less to -13.5%) and motor and heating fuels (which eased their downward trend by over two points to -11.2%). In turn, the performance of this latter category is the result of the slower price drop of its two components: gas, which posted a decline of -12.6% in May compared with -11.6% in June, and fuels and lubricants, whose downward trend eased by over two points to -10.4%.

Inflation in food prices in June stood at 1.4%, two tenths less than in the previous month, due to the trend in both non-processed foods prices, down by three tenths to 2.3%, and processed foods, which in June posted a rate of 1%, one tenth lower than in May. In the case of non-processed foods, noteworthy is the lower rate of the year-on-year increase in fresh fruit prices (6.1% versus 6.8% in May).

Meanwhile, prices of services grew by 0.3% month-on-month, just as they did in June 2015, as a result of the varying performance of the category’s components. We would highlight the trend in interurban public transport prices, up by 0.9% in June this year, versus a 0.3% drop in the same month last year.

The year-on-year CPI increased in June in all autonomous regions. Seven regions posted lower than the national average rates; the lowest rates were seen in Castile-La Mancha, Castile and Leon and Cantabria (-1.1% in all three cases). Andalusia, the Balearic Islands, Extremadura, Madrid and Murcia posted the same rate as the national CPI (-0.8%). Among the regions posting rates higher than the national CPI, the Basque Country and Catalonia posted the highest ones (-0.5% each one). The year-on-year constant tax CPI for June stood at -0.8%, the same figure as the general CPI.

The INE has also published the harmonised CPI (Spanish acronym: CPIA) for June, whose year-on-year rate stood at -0.9%, two tenths higher than in the previous month. If we compare this rate with that advanced by Eurostat for the whole of the Eurozone in June (0.1%), the inflation differential in Spain’s favour remains at one percentage point.

To sum up, the year-on-year CPI increased by two tenths compared with May’s figure, due to the easing of the downward trend in energy product prices. The inflation differential in Spain’s favour versus the Eurozone remains at one percentage point for the fourth month running, with the resulting favourable impact on Spain’s competitiveness and exports