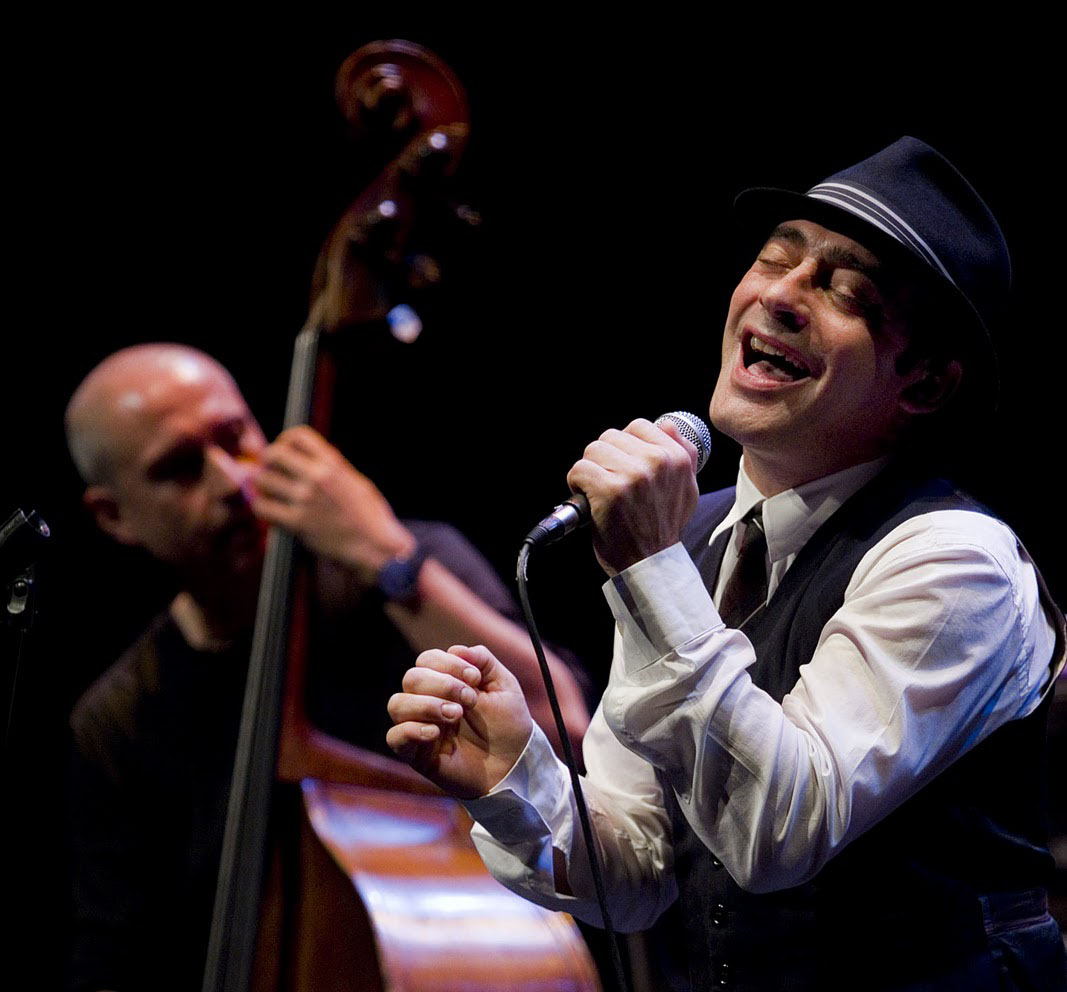 Crooner Toni Zenet was adored by the near 2,000 capacity crowd at the XIX San Javier international jazz festival – who he had in the palm of his hand throughout his two hour gig.

Actor Turner singer Zenet, who resides from Madrid, wowed the appreciative audience, who joined in with his songs, that included Sonar Contigo, that has over 2 million hits on YouTube, Ella Era Mala, and Me Gustas.

Spanish jazz vocalist Zenet, born in Malaga, who donned his trademark hat, broke onto the music scene in 2008 with his album Los Mares de China.

Zenet, 49, performed while sat on a stool centre stage, leaving his seat to glide across the stage in spats while flamenco dancing the night away.

Zenet, whose New release, Cuban themed It was You, who is performing in Madrid at the Teatro New Apolo on September 28, is a legend in his own right, having won many musical awards since his arrival on Spain’s jazz scene.

Tango, Latin and Spanish music filled the summer night air, as the moon shone over the open auditorium. San Javier jazz festival, born in 1998, lived up to its label of being one of the best international shows once again in 2016.