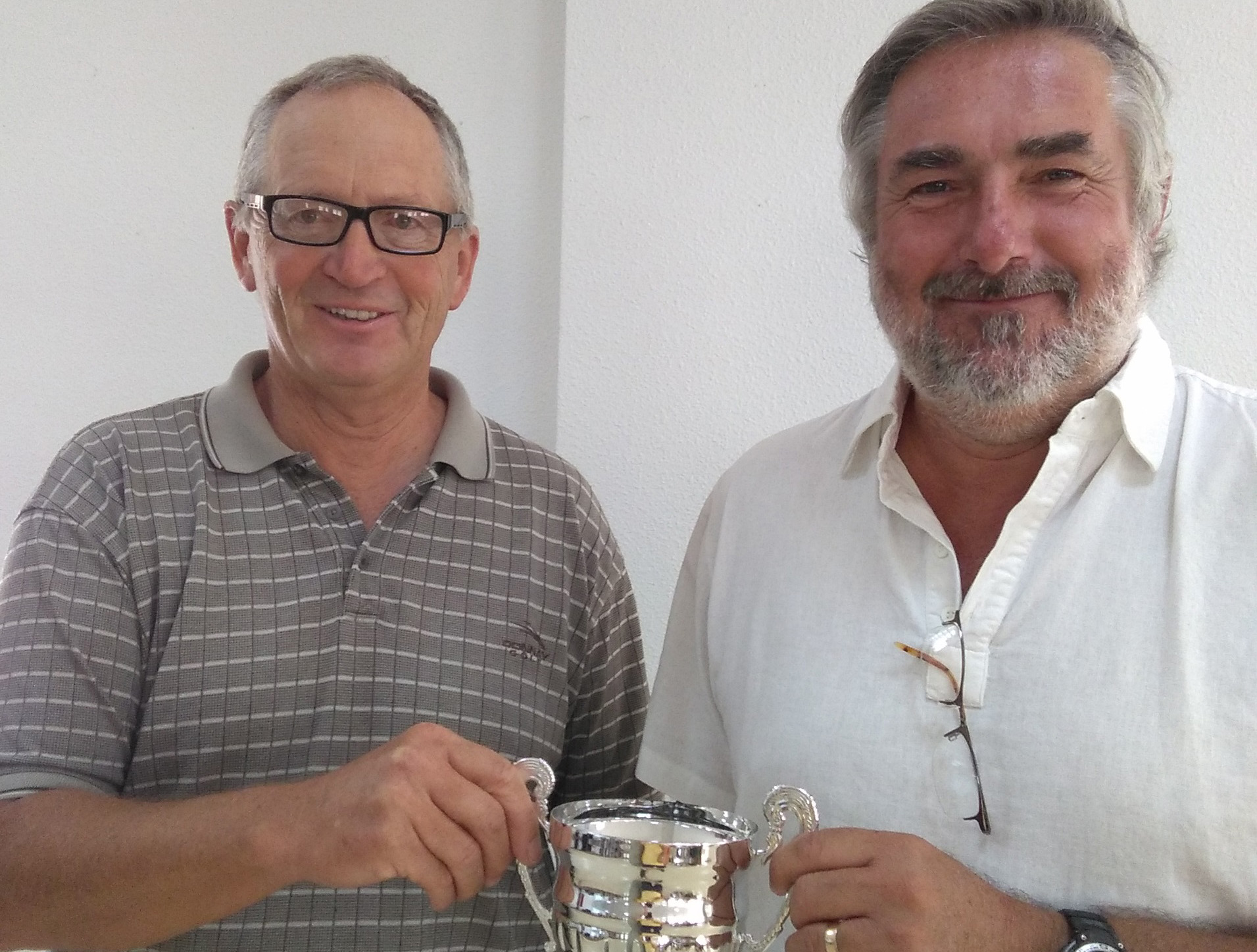 The SAMM 2016 Race Series was a great success with 13 of the planned races being run, the cancellations only due to other events at CTD making it impossible to go ahead.

It was a closely fought race for the top three places and the results could have been different if the regular skippers on Conny and Sirocco had been around for the last race day.

Each boat was able to discard their worst three results so that 10 of the 13 counted.

SAMM run these handicap races on the low points system, the winning boat being Shoestring Cuatro with 17.75 points including five race wins, second Sirocco with 27.5 points and third Conny with 29 points. In the chart 16 indicates that the boat did not compete in that race.

Sirocco’s second place was notable as, for many races, she was sailed single handed by Julian Pering, in the photograph. Cuatros crew varied during the season so Jack Moss, left, collected the trophy.

Everybody is looking forward to the Autumn Series which starts on September 4th.

You can find more information on the SAMM web site www.sailingmarmenor.com