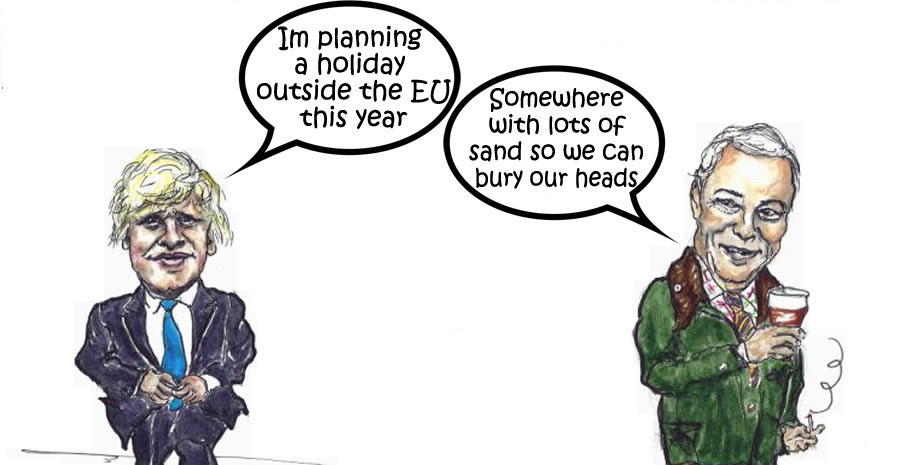 Despite the doom and gloom forecast by many following the UK’s surprise Brexit vote, it appears that it will take more than Brexit to dissuade many thousands of Brits intent upon heading to a new life in the sun.

Latest quarterly reports show that property prices in Spain are at least stabilising, and in many cases bouncing back, to the levels last seen in 2007 and 2008. This trend varies from region to region with increases seen in 30 of Spain’s 50 provinces. The most significant property price increases have recently been seen in La Rioja (7.4%), Catalunya (6.8%), Madrid (5.4%) and the Canary Islands (3.6%).

My own limited discussions with estate agents in the Canary Islands, the Costa Blanca and the Costa del Sol also report a positive rather than negative outlook regarding property prices and the continued, if not increasing, interest from Brits anxious to begin a new life in Spain.

Many had assumed that following the Brexit vote, interest from potential expats would decrease until the position with the European Union stabilised. However, judging from the rapid increase in traffic to ‘The Canary Islander’ website and, in particular the ‘Living and Working in Spain and the Canary Islands’ pages, it is clear that the reverse has happened, where web traffic has trebled in the two weeks following the vote.

Emails and correspondence from would-be expats indicate that many have decided to ‘leap’ across the Channel before the gates close, if that happens, as well as activity fuelled by disillusionment from what many see as the UK rapidly turning into an insular parody of ‘Little Britain’.

It is good to see so many expats making decisions to secure their future within Europe, with the Irish Embassy having to take on more staff in the rush created by British expats attempting to obtain Irish passports, as well as considerable interest in applying for Spanish, French or Italian citizenship, for those who meet the relevant criteria.

During the run up to the EU Referendum, it is true that many people, and particularly the elderly, sick and those who live alone, reviewed their futures as expats living within a Europe that would not include the UK. These concerns continue, and a number have written to tell of their concerns about disturbing a life that they had always considered as settled for the remainder of their lifetimes.

Many simply do not have sufficiently good health or financial resources to return to the UK, and their entitlement to services in the UK lapsed long ago. In some ways, these elderly expats are literally trapped between the devil and the deep blue sea, and early clarification from the UK Government is anxiously awaited.

Far from confidence in an expat life reducing, early evidence suggests that confidence and determination in working towards an expat life is increasing. Although it is still too early to be clear about the motivation of many and to predict where this trend will lead, I suspect that disillusionment with the instability of the UK’s political process, as well as widespread disagreement about the UK’s future within Europe is leading many to vote with their feet. It will be interesting to see how this develops in the months and years ahead.

It began with a dream…

Poverty in the Canary Islands

Getting to Know a Lizard

Bed and Breakfast, but no Roof

The Cost of Expats Dying

Alice in Blunderland – Letter from the Atlantic

I’m Just Having a Tertulia

Wish You Were Here