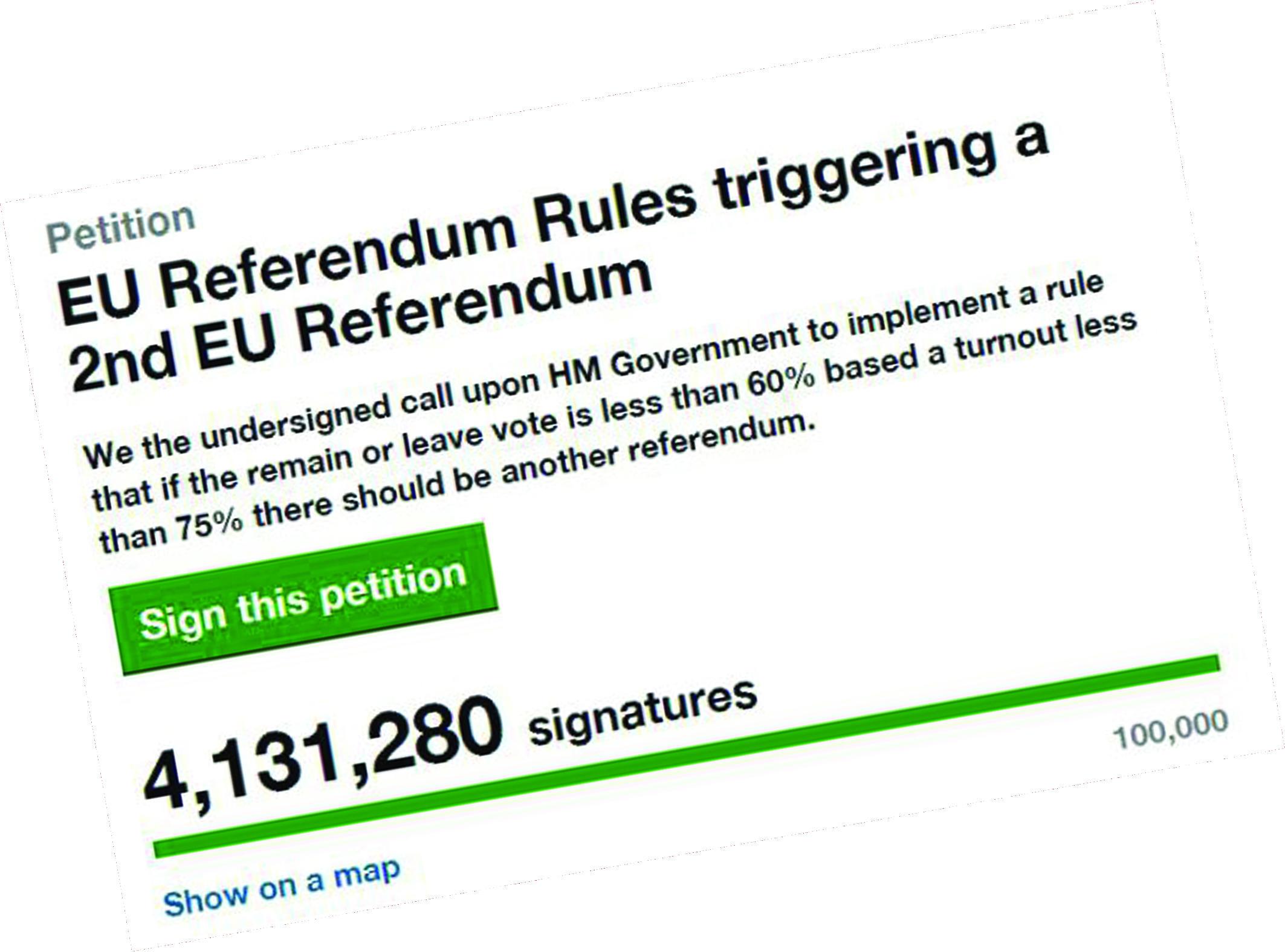 The Committee has decided that the huge number of people signing this petition means that it should be debated by MPs. The Petitions Committee would like to make clear however, that  in scheduling this debate, they are not supporting the call for a second referendum. The debate will allow MPs to put forward a range of views on behalf of their constituents. At the end of the debate, a Government Minister will respond to the points raised.

A debate in Westminster Hall does not have the power to change the law, and won’t end with the House of Commons deciding whether or not to have a second referendum.