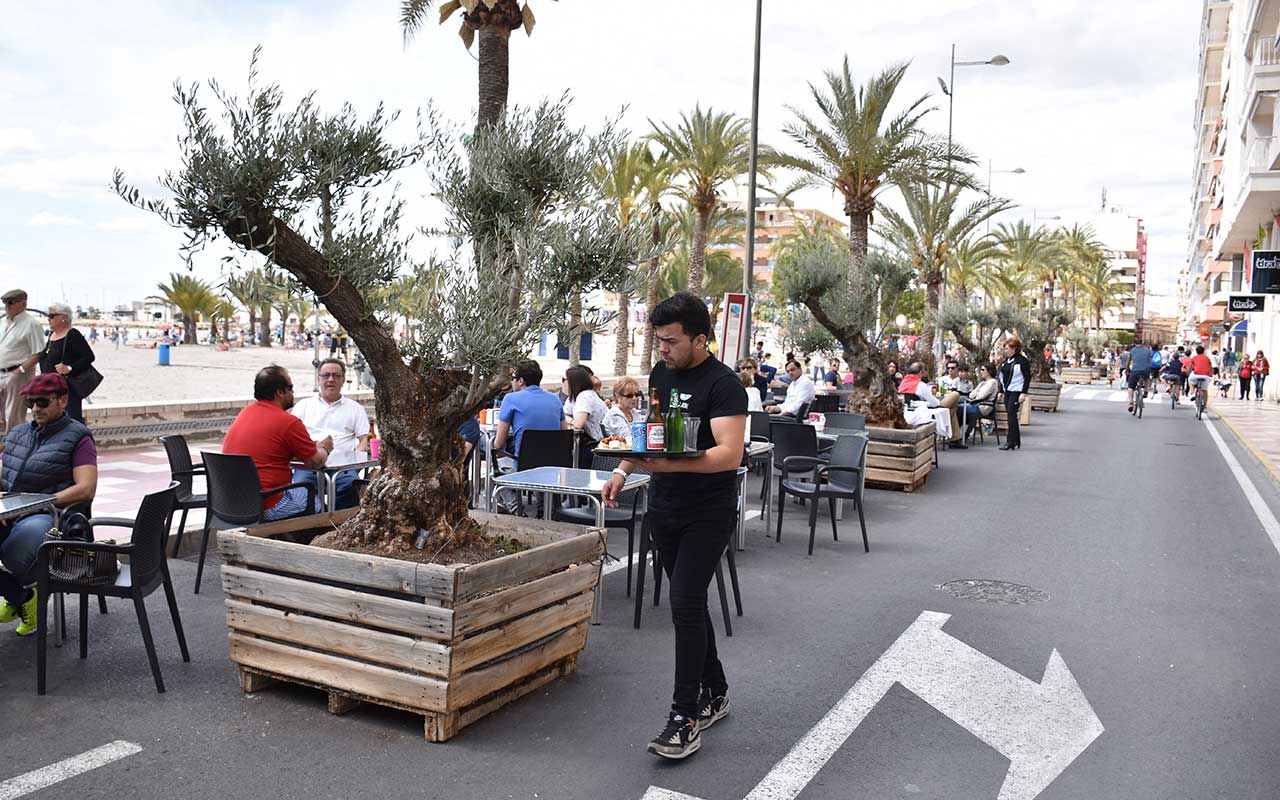 The Partido Popular has said that although they are very much in favour of semi pedestrianisation in some areas of the town these must only be implemented with the cooperation of  traders, restaurateurs and residents of Santa Pola, but they completely disagree with the manner in which the current council has implemented such a measure in Avenida González Vicén “without any sort of plan and without a serious study of traffic management.

What at first was a trial “seems now to have become permanent. Many citizens agree that it has not been thought through saying that there is a lack of organization which develops into absolute chaos by the chaos during peak hours of traffic,” a party spokesman declared.

He continued, “there is a significant loss of parking, including a number of disabled spaces, without the provision of any alternatives; There is also a noticeable lack of cleaning in the new area and even the bicycle lane is now disrupted, but, what is even more worrying is the lack of a service road for any emergencies”.

He concluded that the PP are very much in favour of the In the Municipal People are in favor of the semi pedestrianisation  of Avenue González Vicén “which was part of our electoral program” but it needs to be introduced “in a more orderly manner, after appropriate planning involving all sections of the community and it must include a service road for emergencies (ambulance, police and fire). “