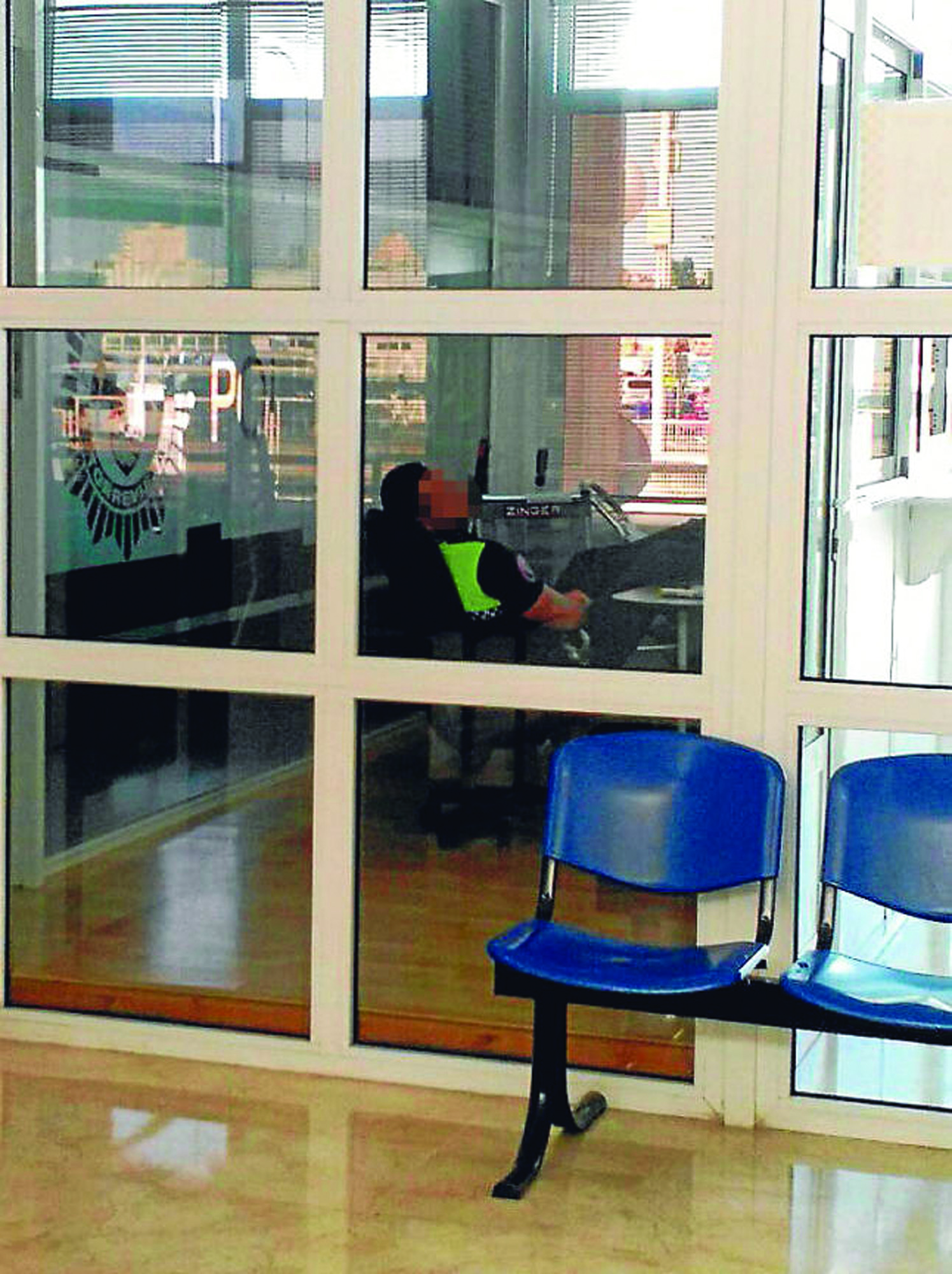 An image of a Torrevieja policemen who was photographed whilst napping at his desk in the middle of the working day has gone viral on local community and social media sites.

The actions of the officer, who has not been named, have drawn widespread criticism from members of the public, his colleagues and his superiors and it is understood that he will almost certainly be facing some sort of disciplinary sanction.

One contributor on a social media page said that he was absolutely disgusted that the officer was caught sprawled out, with his feet across the top of his desk. He pointed out that in some workplaces this is considered as gross misconduct, particularly when it takes place in full view of the public and the officer should certainly be disciplined.