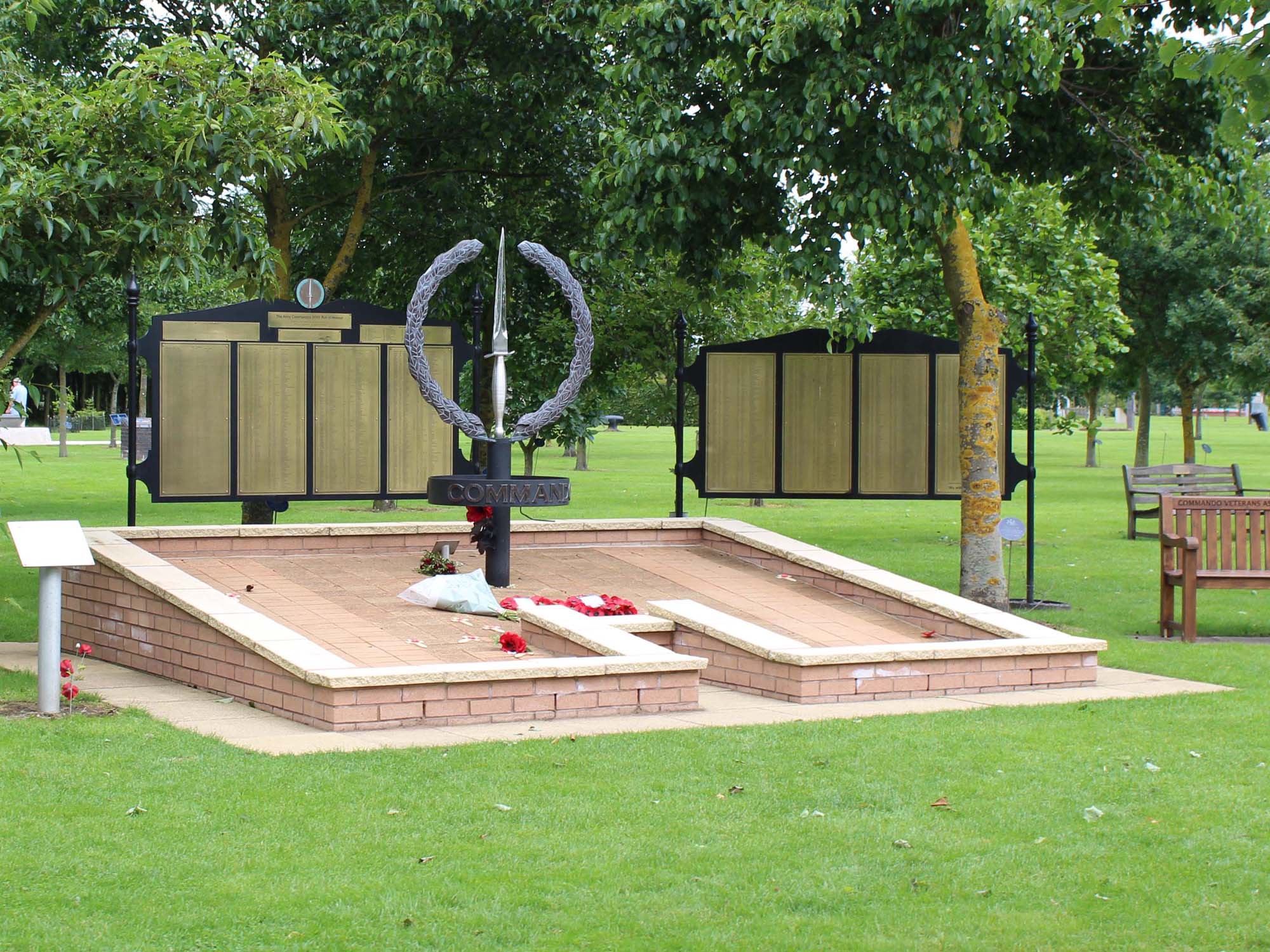 During a brief holiday in the UK last week I was able to pay a visit to The National Memorial Arboretum, the national site of remembrance at Alrewas, near Lichfield in Staffordshire, a 150 acre commemoration that honours the fallen, recognises the service and sacrifices they made and fosters pride in the country. 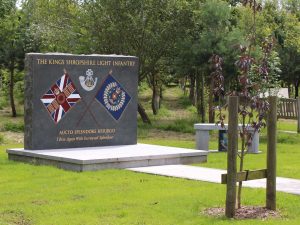 The origins of the Arboretum can be traced back to a visit to Arlington Cemetery and the National Arboretum in Washington, DC, in 1988 by founder David Childs. He had the idea that such concepts could be introduced to the UK to provide a meaningful memorial to those who have served. David Childs was greatly supported by Group Captain Sir Leonard Cheshire VC OM DSO & 2 bars, DFC, who was concerned about future Remembrance and became influential in the concept of the Arboretum. The amphitheatre at the Arboretum is dedicated to his memory.

The then Prime Minister John Major launched the appeal to create the Arboretum in November 1994. At this stage there was no land or money for the project but this quickly changed when Redland Aggregates (now Lafarge Tarmac) generously gifted 82 acres of reclaimed gravel, working alongside the banks of the River Tarne. This generous gift has now been extended by a further 70 acres, which includes the Island in the River Tarne. 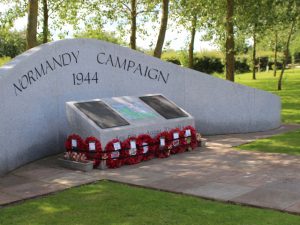 The Arboretum was officially opened by HRH The Duchess of Kent on ló May 2001.

The design was carefully conceived to provide both a space for peaceful contemplation and a living and growing environment for an assortment of trees and wildlife. Family members, friends and comrades can come and remember loved ones in a tranquil setting.

Located in the heart of the nation, with over 40,000 maturing trees (many of which are dedicated) and over 300 significant memorials, the National Memorial Arboretum is a beautiful and lasting tribute to those who served their country or who have died in conflict. 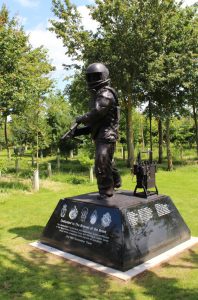 I was pleasantly surprised by the extensive range of memorials, not only to members of the commonwealth military who have served the nation, but also to many police forces from around the world, veterans of convoys, BLESMA, St John Volunteers, The Freemasons, British Nuclear Test Veterans, Toc H, The Association of Jewish Ex Servicemen and Women, The RNLI, Polish Forces and so many more. There is even a British German Friendship Garden, an Anglo Japanese Peace Garden containing the Hiroshima Memorial Cairn and a memorial to those who died in the Twin Towers.

Unfortunately on the day of my visit the Armed Forces Memorial, containing the 16,000 names of the members of the services who have died on Operational Duty since the end of World War II, was closed for renovation so another trip will most certainly beckon the next time I am passing through the Midlands.

Neither did I have time to visit the Millennium Chapel, which was in use by the RAF on the day, nor the Shot at Dawn Memorial dedicated to the 306 British and Commonwealth soldiers who were shot for desertion and cowardice, many of them suffering from post traumatic stress, which was not recognised as a medical condition until 1980.

All in all there are far too many memorials to mention and far too much ground to cover on foot in the half a day that I had available so for my first visit I therefore chose to travel around the site on a Land Train, which for the sum of just a fiver transported me around the whole site, with commentary, in a little under an hour.

But with so much still to see it will be a trip that I will certainly be making again.

The National Memorial Arboretum is part of the Royal British Legion family. It is a registered charity which relies on donations to be able to continue to provide free admission to this very special place of Remembrance. Donations are very welcome and no gift is too small, all helping to support the free admission policy for this very special site.

By becoming a Friend your membership will help to support the charity and the work that it does at this national centre of Remembrance. Friends of the N.M.A. make a valuable contribution to the charity in helping to raise the profile of the charity, helping with fundraising events and volunteering.

Special events for Friends throughout the year

For details on how to become a Friend see the N.M.A. website at: www.thenma.org.uk