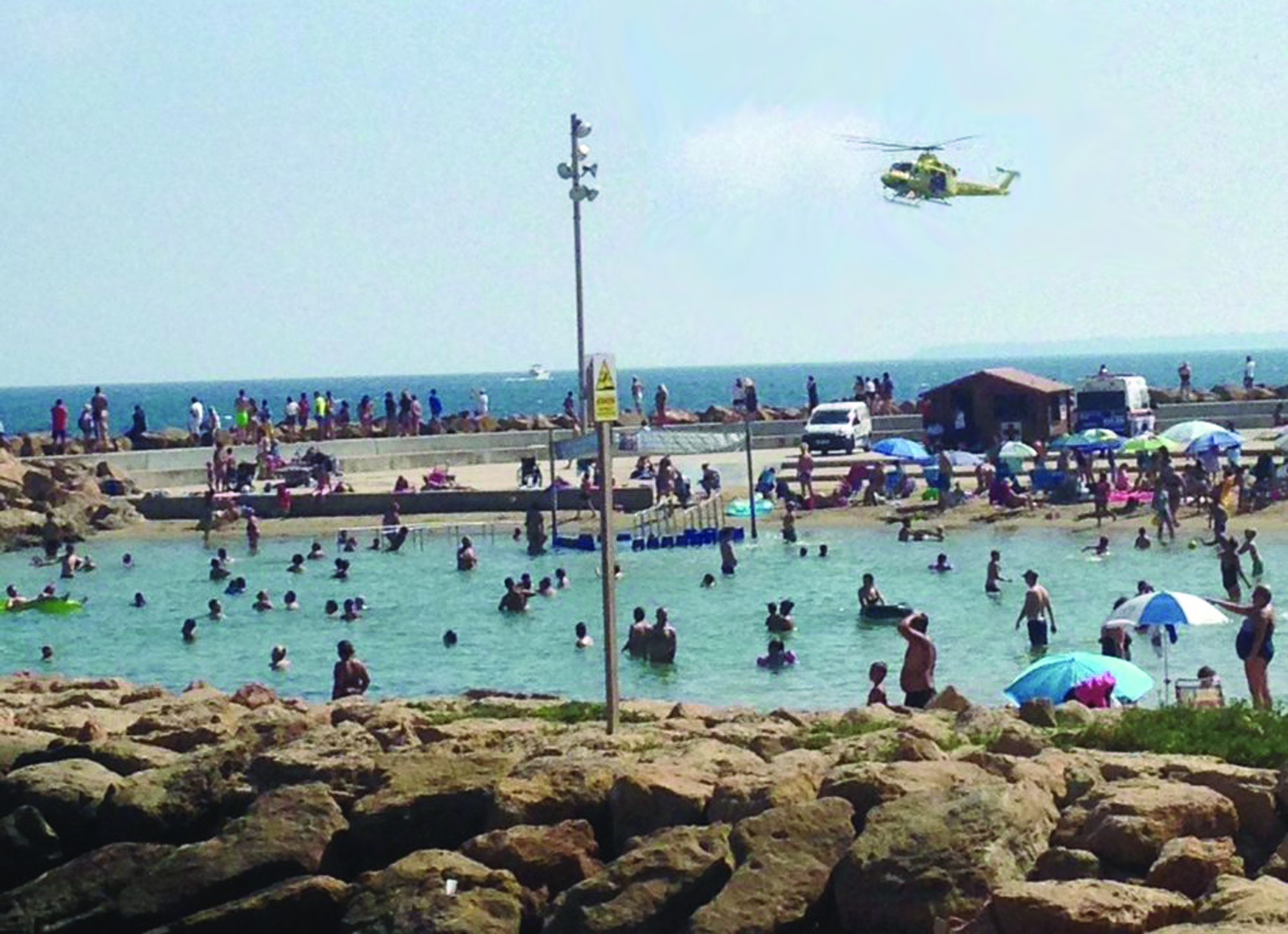 Emergency services and police faced numerous alarms last Tuesday the most serious of which included a bather in distress and the disappearance of children, mobilising Local Police, Civil Guard Maritime Rescue lifeguards and even a search and rescue helicopter.

All too often we hear of the distress caused by such disappearances but fortunately, on this occasion, they all resulted in happy endings.

The distressed bather was, fortunately, a false alarm coming about in the early afternoon when a lifeguard reported that he had spotted a woman on Playa del Cura who had been clinging to one of the buoys bounding the permitted area for bathing. He said that he had seen her disappear under the water.

Initially a boat was deployed from the Maritime Rescue Service after which a search and rescue helicopter was called in making a number of passes over the suspected area, along the Juan Aparicio promenade. The search was abandoned after about an hour when no trace of the bather was found. According to Councillor for Beaches, Javier Manzanares, the authorities agreed that it was quite probably a false alarm.

As that search was being abandoned there then followed reports of a missing ten year old girl of foreign origin, said to have been last seen bathing, also on Playa del Cura. Fortunately she  reappeared half an hour later safe and sound, much to the relief of her family and the emergency services.

Lifeguards from Grupo EULEN, the company that provides the Torrevieja service, only took up their responsibilities last week, following administrative problems with the contract. However they have  already pulled two dead bathers from the sea  as a result of which the young socorristas are slowly gaining the trust of beachgoers and bathers.

Of course Tuesday’s events at Play del Cura were also spiced up with the usual protests from groups of residents and tourists about the lack of services in the town. To this list we can also add the traffic chaos on the N332, which often records accidents and traffic jams, specifically along the several kilometers of road from Jardin de las Naciones to Punta Prima.

It would seem that the annual outpouring of Madrid’s residents has taken place a little early this year.

What else can we say other than Summer is finally here!