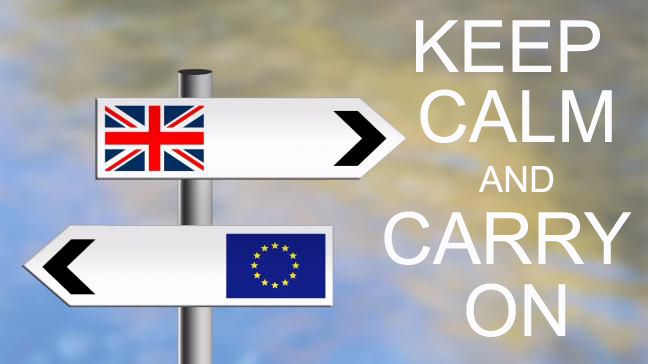 ‘Letters from the Atlantic’ – by Barrie Mahoney

Barrie Mahoney was a head teacher and school inspector in the UK, as well as a reporter in Spain, before moving to the Canary Islands to launch and edit a new English language newspaper. He enjoys life in the sun as a columnist and author, and continues to write a series of popular novels and books for expats.

Slipping into an Alternative Universe

As a long-term fan of the BBC TV series, Doctor Who (the Russell T Davies period, to be precise), I have thought a lot about the good Doctor this week. It has been an interesting week for British expats, raising many important issues and possible consequences, as well as opportunities, depending upon which side of the debate you are coming from. Returning to Doctor Who, I cannot help but recall the series when The Master took over as Prime Minister of Britain, which shortly afterwards became a severe threat to the entire World. The sad thing was that the general population, the British voter, did not know why they were voting for him. They had entered into some kind of trance-like state, and were being controlled and manipulated by a malevolent force that they did not understand. Fortunately, the good Doctor came to the rescue just in time…

This week, I have felt that I have slipped into an alternative universe, and not a pleasant one either. Although the EU Referendum vote did not go as I personally would have wished, like many it has left me surprised, confused, saddened and ashamed. Although I understand why many Brits voted as they did, as there is no doubt that the free movement of people in Europe continues to be a major issue in the UK, I fail to see how an exit from the EU will significantly address the problem. Leading Brexit politicians now also seem to be backtracking on this issue too; I had assumed that they would have a plan. We continually hear cynical references to “the will of the people”, but most of us already know that it is the will of the media, rich and powerful that really matters.

I have been a strong supporter of the European project for all of my adult life, and will continue to do so. My partner and I chose Spain as our country of choice many years ago, mainly for health reasons, and we have not been disappointed. Mostly, the experience has been rewarding and enriching, but it has been challenging too. Together, we have faced a number of issues, but overall, Spain and the Canary Islands have been very good to us. We quickly found work, a home and new friends from a variety of European nations. When we lost our jobs, the Spanish Government paid us generous unemployment benefit, a percentage of our salaries that was limited to the amount that we had paid into the system. It gave us time to reduce our outgoings and adjust to finding new work. During our time of unemployment, we were offered language courses that were free of charge, with offers of additional courses and training if required; the social security system could not have been more supportive. When my partner became ill, the Spanish Health Service offered superb support from the doctor in our village, the local emergency health centre, as well as the hospital. When I needed a series of eye operations that even London´s Moorfields Eye Hospital could not provide, I receive excellent specialist care in the Canary Islands that took care of complicated issues that has saved my sight. For all this, I will always be grateful.

Like most people, I dislike rapid change, because experience tells me that ‘change in haste’ leads to ‘repenting at leisure’. I applaud those expats who have sought to protect their legal status in the country by applying for Spanish citizenship, or taking full advantage of the right to apply for an Irish, Maltese or Romanian passport. Personally, I will be doing nothing at all, but waiting and watching developments. There is no rush, and Brexit will not happen for another two years, if it ever happens at all. I was born British and fully intend to die British, and not an amalgam of passport anomalies and conveniences. Mind you, I will never say never, because I have learned that fate often has a nasty way of making me eat my words.

That old saying on our fridge magnet comes to mind, ‘Keep Calm and Carry On’. As I pour myself another glass of wine and head out for another dose of Canarian sunshine, I really cannot help but wonder if and when the good Doctor will come to save us from the evil plans of The Master…

It began with a dream…

Poverty in the Canary Islands

Getting to Know a Lizard

Bed and Breakfast, but no Roof

The Cost of Expats Dying

Alice in Blunderland – Letter from the Atlantic

I’m Just Having a Tertulia

Wish You Were Here